There is no Planet B. There is also not much time left to save Planet A either. There is less than 12 years to avert the worst climate change scenarios according to the latest report by the IPCC. David Attenborough said of this situation: ‘the collapse of our civilisations and the extinction of much of the natural world is on the horizon.’ The stakes really could not be higher.

We are in this position because the traditional incremental approach to policy change has failed us, stymied by the malign influence of the fossil fuel industry and other vested interests, complacency and denial. Global emissions of greenhouse gases, and their concentration in the atmosphere continue to soar higher and higher. The long-predicted climate impacts of more extreme droughts, wildfires, floods, storms and heatwaves have arrived and are wreaking havoc around the world.

It is young people that will bear a greater degree of the consequences of climate change, because a greater proportion of their lives are ahead of them. This is doubly unfair, as they are not responsible for the situation. However, because the adults have not acted responsibly, and because time has almost run out, young people are stepping up to demand the changes we need to save us all. 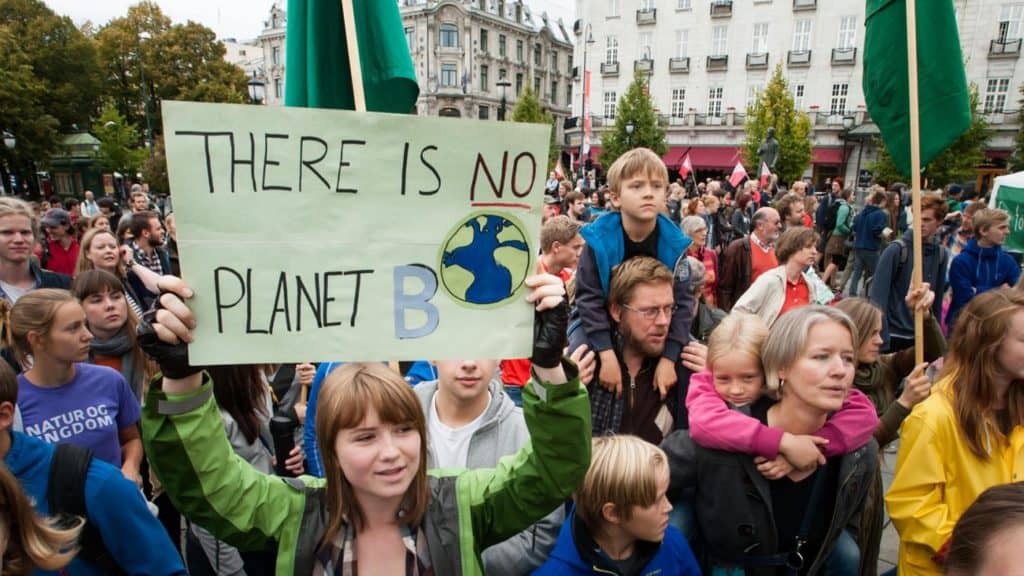 Greta Thunberg started the school strike for climate on her own at age 15 last year, reasoning that if action is not taken now, there was no point in being in school. Against the wishes of her parents, she found her way through her grief for the future and began demonstrating outside the Swedish Parliament all by herself every Friday. She has put the older generation in its place at the UN Climate Conference in Katowice, at the World Economic Forum in Davos and at the EU in Brussels.

She has sparked a movement which has swept around the world. In recent months there have strikes of 15,000 students in Australia, 15,000 in the UK, 20,000 in Switzerland and 32,000 in Belgium. They are demanding politicians treat climate change as the unprecedented global emergency that it is, and bring about the dramatic cuts to greenhouse gas emissions we need to avert the worst consequences. 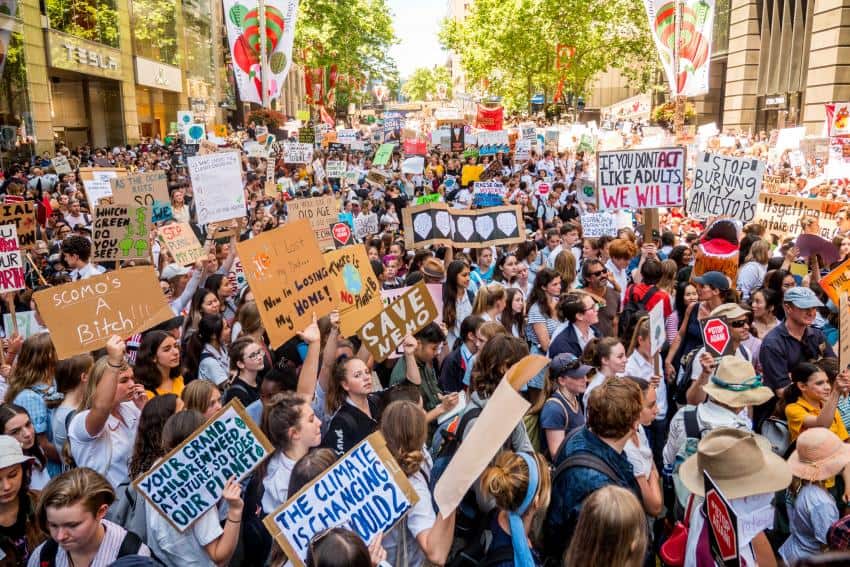 Some people, such as the prime ministers of the UK and Australia, say that kids should stay in school, and let the adults handle things. Children protesting make them feel uncomfortable. They prefer the status quo, even though it is quite clearly leading us to disaster. As Greta Thunberg said:

If adults, particularly those in power, had acted responsibly when they were first warned about climate change over 30 years ago, the future would not be in jeopardy and children would not need to strike.

We have heard many times from adults that education is the answer to our environmental problems, essentially by teaching the next generation to be better than ours. This is a shameful avoidance of responsibility for the mess we’re in. But in some ways, that is exactly what is happening. Young people have learnt how serious climate change is and understand that new laws and a radical change in direction that can only be enacted through the political system is necessary, right now, and they are acting accordingly.

The children of the world have the ultimate moral authority when it comes to this. We would be very unwise to do anything except support them in any way we can. Which is why Low Carbon Kāpiti supports the School Strike for Climate.

The next school strike is a global event on Friday 15 March. As part of this there will be events all around New Zealand, including at Parliament in Wellington and at the Kāpiti Coast District Council Offices in Paraparaumu. If you are able to go along or show your support in any way, please do. And take their cause on as your own.